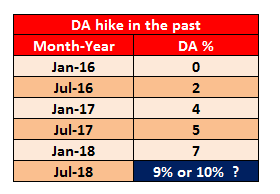 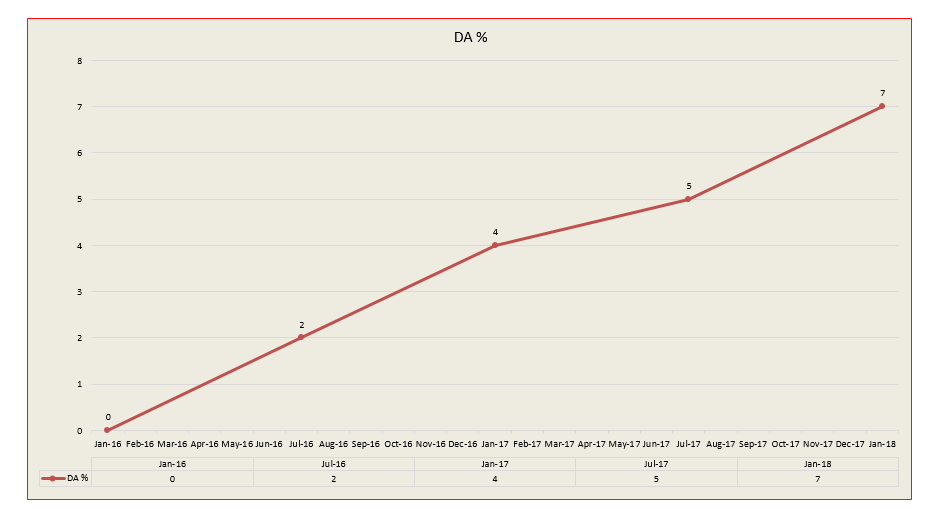 Dearness allowance will be calculated from the AICPIN value, once the AICPI(IW) for a particular month is published by the Government,

DA / DR Rate as applicable after implementation of 7th Pay Commission recommendations from 1.1.2016 is shown in table below :-

How to calculate Dearness Allowance

Formula to calculate Dearness Allowance for Central Government Employees after 1.1.2016

Already visitors started predicting the DA value and started to update there comments in the DA Calculation Sheet Comment Section.

However this is only the prediction, we have to wait until end of July 2018 to find the exact value of the Dearness Allowance. In the meantime check the DA Calculator to find the value

Get the latest Updates on your email - Subscribe here