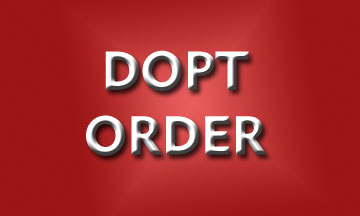 [TO BE PUBLISHED IN THE GAZETTE OF INDIA, EXTRAORDNIARY, PART I, SECTION1]

GOVERNMENT OF INDIA
MINISTRY OF PERSONNEL, PUBLIC GRIEVANCES AND PENSIONS
(Department of Personnel and Training)

In the said notification for Rule 2, the following rule shall be substituted, namely:—

(2) In case of recommendation of his name by UPSC for service allocation, the candidate shall be considered for allocation to one of those services by the Government for which he shall indicate revised order of preference subject to fulfilment of other conditions.

(3) A candidate who wishes to be considered for Indian Administrative Service or Indian Police Service shall be required to indicate in his application form for the Main Examination his order of preferences for various State cadres for which he would like to be considered for allotment in case he is appointed to the Indian Administrative Service or Indian Police Service and no change in preferehce of cadre once indicated by a candidate would be permitted.

Note 1: The candidate is advised to be very careful while indicating preferences for various services or posts. In this connection, attention is also invited to clause (i) of rule 19.

Note 2: The candidates are advised to visit Department of Personnel and Training website www.persmin.nic.in for information or details about service allocation/cadre allotment, service profile.

Note 3: A candidate who wishes to be considered for Indian Administrative Service or Indian Police Service shall be very careful while indicating preferences for various cadres. The candidate is advised to indicate all the cadres in the order of preference in his/her Detailed Application form which is to be filled in case of his selection for the Civil Services (Main) Examination. In case he does not give any preference for any cadre it will be assumed that he does not have a specific preference for any cadre.

Note 4: If he is not allotted to any one of the cadres for which he has indicated preference, he shall be allotted to any of the remaining cadres in which there are vacancies after allocation of all the candidates who can be allocated to those cadres in accordance with their preferences.

Calendar for Cadre Review of Central Group ‘A’ Services : DOPT