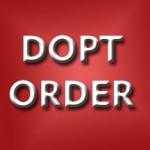 The Cabinet on Wednesday approved a proposal to increase dearness allowance to 119 percent from 113 percent, which will potentially benefit over one crore government employees and pensioners. Earlier in April, the government had hiked DA by 6 percent to 113 percent of their basic pay with effect from January. DA is paid as proportion of the basic pay. The DA hike will … END_OF_DOCUMENT_TOKEN_TO_BE_REPLACED

The 7th Pay Commission is likely to raise the salaries of government employees by up to 40 per cent, said Neelkanth Mishra, India equity strategist of Credit Suisse. The Pay Commission will submit its recommendations in October and it will be implemented by next year. "As the Pay Commission numbers come through there could be a 30-40 per cent increase for each individual. It … END_OF_DOCUMENT_TOKEN_TO_BE_REPLACED